For its first event of the lunar year HRRB is thrilled to welcome Shir Khan founder of deep house label Exploited Rec. Doan and B.A.X. will make sure that the dance floor is warm enough when he takes control of the booth.

We are also excited to announce HRBR’s new release from Doan and Lvov: Fraction EP.

SHIR KHAN (Exploited / GE)
Exploited label founder, internationally renowed DJ, remixer, promoter, radio host, world-traveller and new talent spotter, Berlin resident Shir Khan is truly a jack-of-all-trades and might be one of the city’s hottest names. Having grown the label since 2007, Exploited has played host to some of the most innovative, cutting-edge electronic talent and has been on a quest for high quality, diverse and forward-thinking releases. In 2012 Shir Khan pushed the career of newcomers like Claptone, Adana Twins, Doctor Dru,Homework or Joyce Muniz and managed to establish plenty of Number 1 Beatport Deephouse Hits with his label.

With the launch of BLACK JUKEBOX, Shir Khan dipped his toes into the world of disco edits:
Slo-mo housed up boogie-soul, presented in a nicely recut fashion reminiscent of the great Tiger & Woods. The Black Jukebox Series has become a secret weapon for many big DJs such as Soul Clap, Solomun, Axel Boman and even A-Trak.
Until now, Shir Khan has released 15 chapters of Black Jukebox. The first Vinyl editions became heavy collector items with prices going up to 350€ at Discogs.

B.A.X. (HRBR, Manual Music, Muak / VN)
Born in 1989 in Vietnam, B.A.X. was taught to play the piano at the Ho Chi Minh Conservatory of Music when he was 8 years old. At the age of 18, he discovered his passion for electronic music and composed his first New Age / Ambient works, later establishing his own label Feel of Life Records in 2010.

He started the DJ career since 2012 with Heart Beat, for many years the color of his melodic Deep House music style has gradually become a symbol of his own. On the dance floor, he develops the music in different angles that you never know what is interesting to expect next, his selection of tracks will make everyone crawl out of their shell, as the music becomes the cocoon.

In 2016, he became the Founder / Label boss of HRBR – a new sub label expanded from the big brother Heart Beat. From here on, he began to produce electronic music tracks for his own dance floor. In 2018, his first official release Microcrystals EP was released on MNL label by artist Paul Hazendonk, which has been praised by Paul himself as well as other artists.

DOAN (HRBR / VN)
Vũ Minh Đoàn started making electronic music since he was 18 years old. From Bien Hoa, Vietnam, Doan always pursue a melodic and trippy style for his music; his goal is to create, to share good music and love, to unite people on the dance floor.

With already 2 remixes released on Metapop and Desert Trax in 2016 and 2015 he has recently been featured on Saigon-based label HRBR for an unofficial release (Ghost Words EP) and is currently working on an EP coming next year on the same label.

He is now regularly coming to Saigon to join HRBR residents and international guests in the DJ booth. 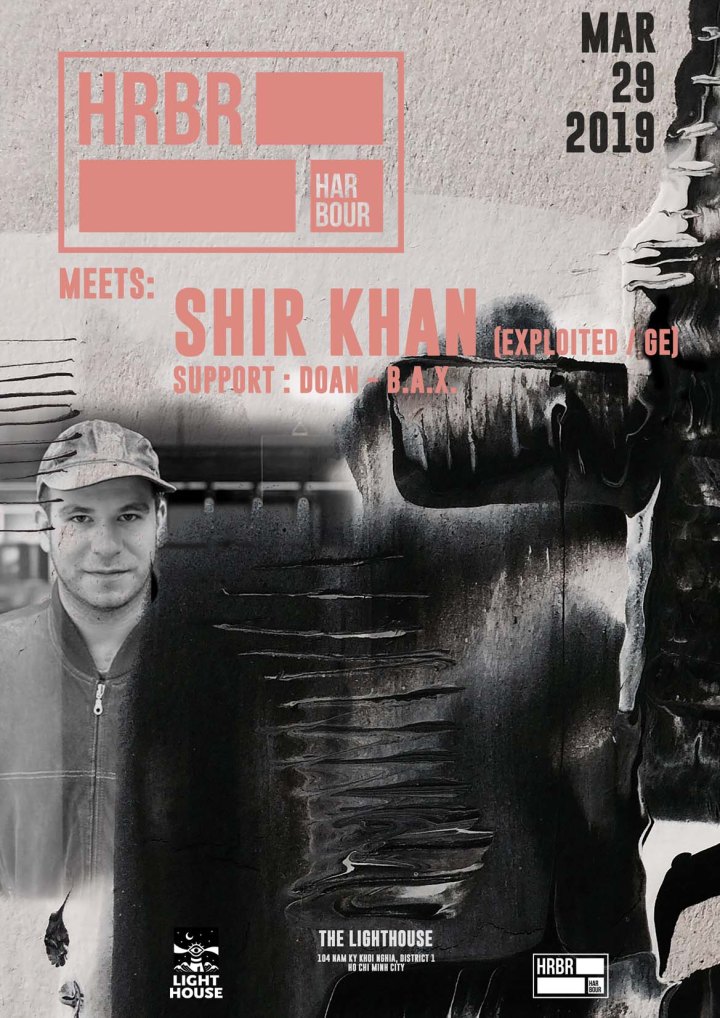